Attention Deficit Hyperactivity Disorder (ADHD) is a mental health disorder that affects how the brain functions. In particular the areas which control the ‘executive function’ and therefore has an impact on the persons ability to organise, focus and regulate their emotions and behaviours.

As a child a person with ADHD may have been described as:

However, when that person becomes an adult, these symptoms usually become more internalised and as they try to balance a career, family and household responsibilities and it can leave them feeling very overwhelmed and out of control. 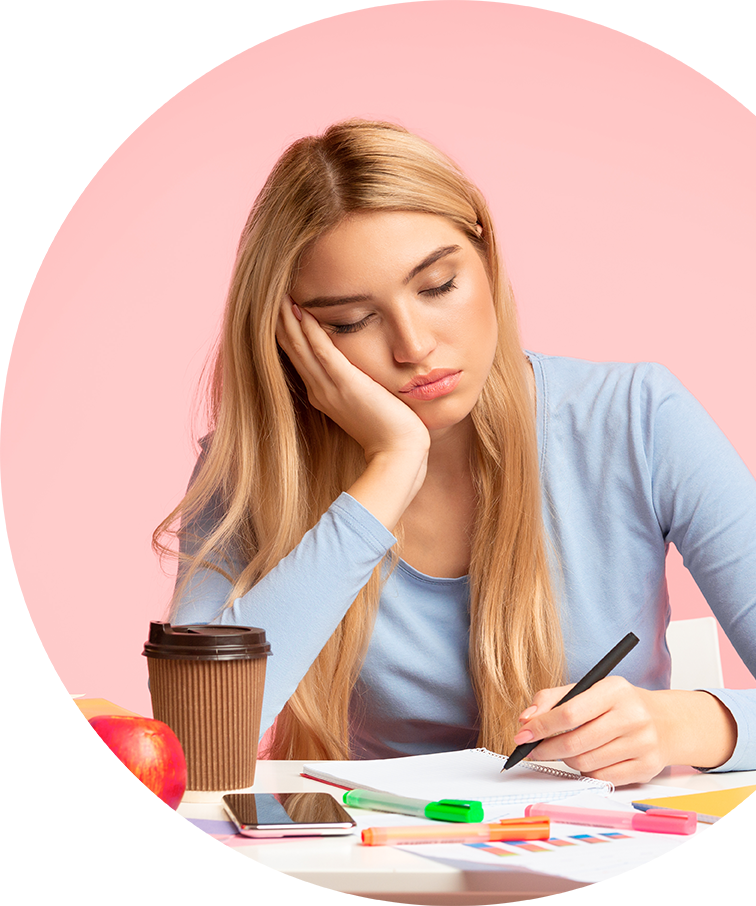 Here are some of the main symptoms in adults with ADHD:

Adults with ADHD find themselves struggling with staying focused on mundane tasks, becoming regularly distracted by external stimulants (sights or sounds) or experiencing chronic boredom. They are likely to jump between tasks, overlooking details or even being unable to start a task at all.

Life for an adult with ADHD can feel chaotic and out of control. Remaining organised is an extreme challenge for someone with ADHD, including prioritisation of tasks, time management and remembering tasks that need completing.

Acting before thinking is a common symptom of ADHD or reacting without considering the consequences. This could be interrupting others, rushing through tasks and the ability to remain patient. Adults with ADHD can often be reckless with poor self-control.

Many people with ADHD have a difficult time managing their emotions, especially when it comes to feelings of anger or frustration. ADHD can cause someone to be more irritable and shorter tempered as well as experiencing low self-esteem.

While hyperactivity can also present itself in adults with ADHD as well as children, it is more common for adults to display hyperactivity in subtle ways such as inner restlessness, agitation and getting bored easily.

Are you experiencing any or all of these symptoms?

While there have been major advances in the understanding of ADHD as a mental health condition, there are still myths that exist, and these are a cause for confusion.  Not only that, but the misconceptions around ADHD can also prevent people with the condition seeking the support they need.

Myth 1: Only children can have ADHD

It is more common for children to receive a diagnosis of ADHD, often because their symptoms are more obvious and are a cause for disruption during lesson time.

However, many people remain undiagnosed until adulthood, particularly if during school they were more of a ‘day dreamer’ than hyperactive.

ADHD does not develop as an adult so, if an adult is experiencing symptoms of ADHD they will have also had it as a child but not fully understood what it could have meant. If left untreated, ADHD can create difficulties for the adult in their daily lives including work and relationships.

Myth 2: Hyperactivity is always a symptom of ADHD

Hyperactivity is a symptom of ADHD, however, not everyone with ADHD will demonstrate hyperactivity. In fact, some may be predominately inattentive which is likely to display as disorganisation, forgetfulness or carelessness.

It is also more likely the case that as children with ADHD reach adulthood they ‘grow out of’ hyperactivity, with these behaviours being replaced with mental restlessness and possibly even apathy.

Trouble focusing is common for people with ADHD but if they are interested in something they are able to focus intensely on it, this is called hyper focus.

This means that an adult with ADHD can find themselves easily bored with many tasks but something they find interesting they can dedicate large periods of time and focus to.

ADHD is a recognised medical condition, one which affects the production of brain chemicals including dopamine, norepinephrine and glutamate.

This means it impacts the parts of the brain in control of the “executive functions” and therefore has an impact on the ability to, plan, organise, initiate tasks, follow instructions and control emotions.

There has been concern around whether the use of stimulant medications to treat ADHD can cause substance misuse, however, the opposite is true. People with ADHD are more likely to abuse substances if not treated with medication.

Other mental conditions like anxiety and depression are also more likely to occur.

ADHD is a neurodevelopmental condition and while it isn’t a learning difficulty, it can make learning more challenging. The common symptoms of ADHD such as inattention, hyperactivity and restlessness will likely make it more challenging to focus on what a person is saying.

As well as learning difficulties being associated with ADHD, another condition that often occurs alongside ADHD is autism spectrum disorder (ASD). In fact, more that half of all individuals who have been diagnosed with ASD also show symptoms/or have a diagnosis of ADHD. 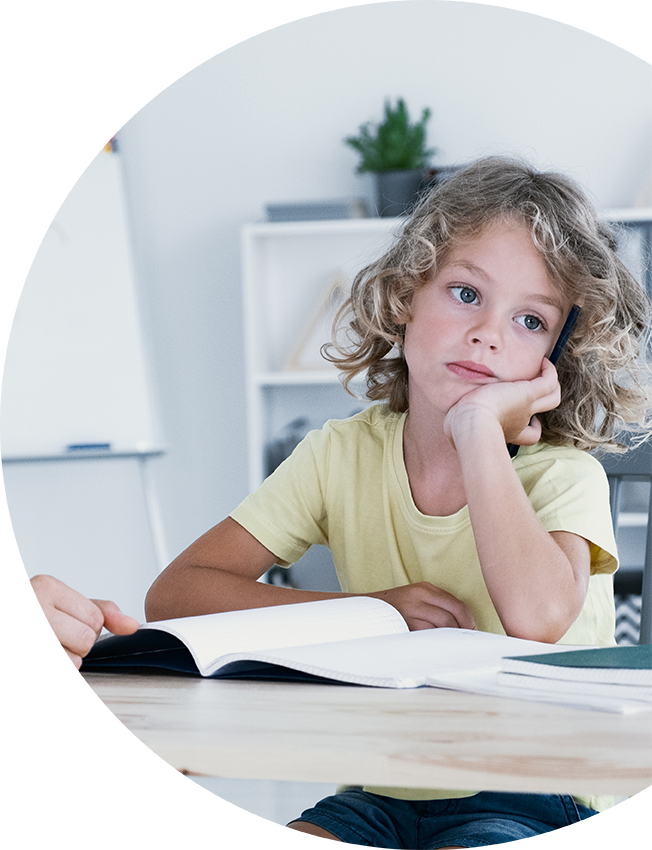 The most significant similarity between ADHD and ASD is how the brains executive function is impacted, affecting decision making, impulse control, focus and organisation skills.

However, there are also key differences including the most noticeable signs of ASD being social and communication impairments, restricted interests, repetitive behaviour and sensory difficulties.

Learning requires the executive function of the brain, which we know is affected by someone having ADHD and when they also have a learning difficulty it means they have impairments of particular skills.

Would you like to find out more about ADHD?

If you’re reading the above symptoms and questioning whether you may have ADHD then you can take our free online pre-assessment to help determine if a formal in-person assessment would be the right, next step for you.

Learn from real people exactly how ADHD has affects them and the benefits they have experienced from receiving treatment. 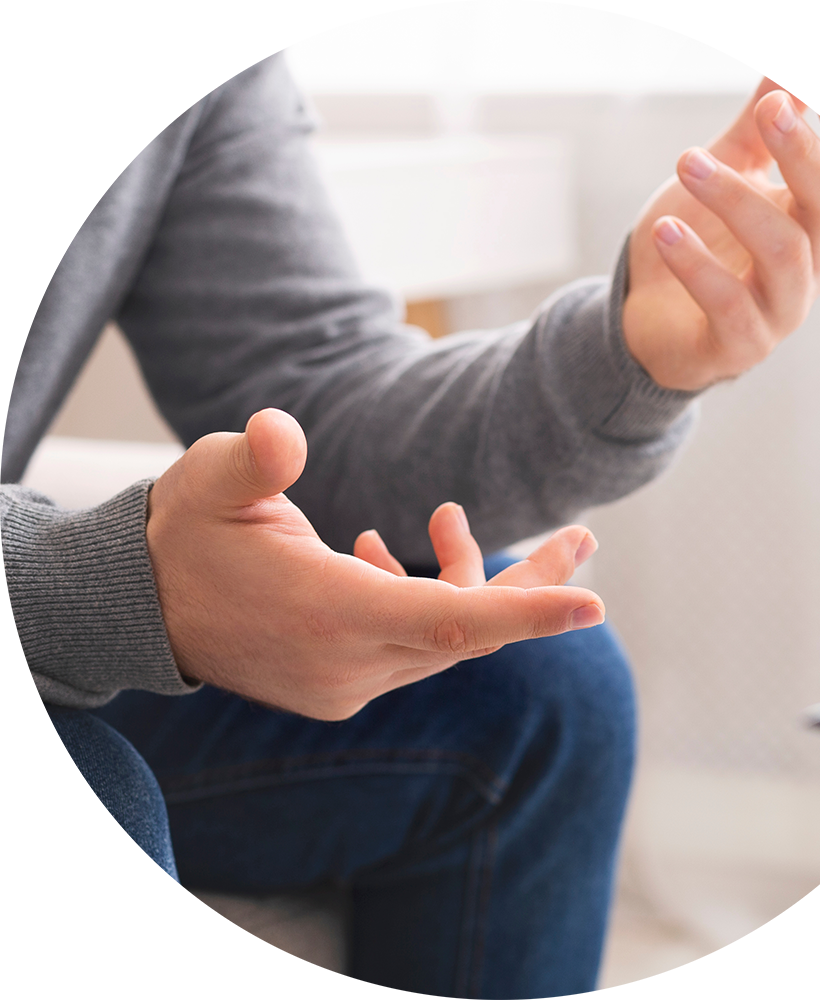